Thankful for the Blues: The heart of music and art, hidden in Downtown Cleveland.

This Thanksgiving I had not planned on doing anything as I don’t agree with what the ‘holiday’ represents especially being part Native American myself. At some point a few days before the day in question I was asked what I was planning on doing. Being that I don’t have a close family or friends here being a New York transplant, I was going to stay in to make art, watch movies and maybe drink some cranberry wine and call it a day. Then I was informed that the House Of Blueswould have a hot meal for those in low income circumstances or people who would be spending the day alone. Since I fall under both categories I decided to go, but I also was wondering what it looked like inside the venue. Although I moved into the area in 2017 I haven’t been able to visit many of Cleveland’s hot spots since the starving artist stereotype isn’t just for the movies.

The first time I heard of the venue was before I had ever planned on moving out here. Depeche Mode was playing and the was the closest they would ever be to Western New York. Unfortunately I was scared to make the trip and take time off of work and will kick myself for missing them.

Ok back to Thanksgiving and Blues, I walked up to the venue from the Prospect side down the alleyway. I noticed the sign on the top left hand side about halfway down the alley. I started walking towards it hesitantly as the alley was fairly baron. The one or two times I had been in this area it was always busy, then again it was usually around 4:30 on a weekday.

Still, I felt like there should be a line waiting to get into this event. I see a lone woman standing outside the side door so I walk up and stand nearby. We make small talk and I find out her name is Iris and she has been to this event before and they usually come in the side door. I was skeptical that we were at the right door because looking through the glass we were treated with a dark barroom and the chairs were turned up in the tables. If we were eating in this room you’d think the chairs and tables would be set and the lights on.

While we are waiting and at this point I think it might be a few minutes after 11 so the doors should be open, a couple comes up and starts talking to us. They said people are going in the front (I had no idea until this point this wasn’t a main entrance) but they were also used to going in the side door. They managed to get in before us and let us in the side. I walk in with my new friend Iris and she shows me where to go. I find out she used to be homeless and in a women’s shelter back in the day and hasn’t forgotten where she came from.

As we are walking through I can’t help but notice the art all over the walls. We get in line for some bangin’ food and find a seat near the stage. The ‘entertainment’ starts up and it’s some hip hop/rock/gospel. Not exactly my jam but hey I was there for a free hot meal, and honestly they weren’t bad aside from the religious bit. Afterwards since they have so many to feed it felt awkward sitting down with a line going out the door. I move to the upper level with less seating and the coffee. I thought Iris was right behind me but she disappeared and I never saw her again after that. I still had time to kill as my ride wouldn’t be there until 2-2:30 lm and it was only about 11:30 or so. I start wandering around the place and looking at the art. Everywhere you look there is art. Turn a corner and there’s art, took up the hall and around the corner, more art, down one random hallway I found a statue of Mary or some other religious looking statue by itself.

I spent so much time looking through the side room where I came in, I found yet another room off of that and checked out the art and things in the windows.

I found so much art I didn’t know what to look at! There were a few plaques that also learned some art history.

During the modernist movements in Europe painters looked to the arts of lands such as Africa, Asia and other areas that were considered primitive. Swiss collector and artist Jean Dubuffet realized that there was to be an inspiration gained from these untapped cultures. We know all too well these days that many of these cultures are excluded from museums, galleries and art history itself.

These painters looked at the shapes, forms and color pallets and it began to influence the type of work they created. From this ‘outsider art’ as it was called by Dubuffet or Art Brut, focused on the art created outside the smooth white walls of traditional art galleries. Some of his favorites were psychiatric patients and children. In 1948 he even formed the Compagnie de l’Art Brut with other artists such as Andre Breton. Dubuffet collection he established became known as the Collection de l'art brut. It contains thousands of works Switzerland.

Der Blaue Reiter group as they were known in the early 1900’s included artists such as Wassily Kandinsky, Auguste Macke, and Franz Marc, and many others. What the artists perceived in the work of these groups was an expressive power born of their perceived lack of sophistication According to Wikipedia “During World War I, Macke was killed at Champagne in 1914 and Marc was killed at Verdun in 1916; the gap left by these deaths was to some extent filled by Paul Klee, who continued to draw inspiration from these 'primitives'.”

Outsider Art would grow in popularity when New York created its own Outsider Art Fair in the early 90’s. It’s main trait being an adversity to being influenced by the mainstream.

Cleveland native Peter Wood I had not been introduced to since moving here in 2017, had quite a bit of work in the House Of Blues. He grew up on the Westside in an artistic paternal upbringing. His father was a filmmaker and photographer while his grandfather was a well known artist who also opened a gallery called the Ten Thirty Gallery. The family also were known to be art collectors and supported their artist friends and encouraged created pursuits of their friends and family members.

Not only was I interested in the art I saw, but I wanted to learn more about the House of Blues itself. One of my friends had commented on my Facebook post about my discovery that Dan Akroyd had something to do with its founding.

As it turns out, The House of Blues is an American chain of live music and restaurants founded by Isaac Tigrett and Dan Aykroyd. The first location opened in Massachusetts back in 1992 and became a division of Live Nation Entertainment in 2006. Currently there are 11 locations throughout the US.

House of Blues started a non-profit called International House of Blues Foundation which provided arts programs, resources and musical instruments in 93’. The Music Forward Foundation continues to provide services for youth and has generated more than $20 million of support. The House of Blues was born from founder Isaac Tigrett's love for the "the Blues". Growing up in Tennessee, one of Isaac's goals was to introduce the world to the music of the rural south, including the Blues, Rhythm and Blues, Gospel, Jazz and Roots-based Rock & Roll as he had grown up with.

The very first House of Blues opened its doors in a converted historical house to become the entertainment station infused with live music, original folk art, and cuisine.

“Our mission is to create:

A profitable, principled global entertainment company. To celebrate the diversity and brotherhood of world culture. To promote racial and spiritual harmony through love, peace, truth, righteousness and non-violence.”

The House of Blues services the community as a priority is shown through their feeding the homeless on Thanksgiving Day, to its mans indispensable efforts to both find and support local artists, the House of Blues is more than a place for rockin’ music and cuisine.

Many of the artifacts and items represented in the House of Blues have historical significance in Southern traditions. Their unique quilted stage curtains pay respect to the enslaved Africans who used the Underground Railroad as a passage to freedom are sewn in an abstract arrangement

Under their stages is a metal box containing Delta Mississippi mud which is welded to the structure on the stage. This is done to pay homage to the roots and the spirit of the South.

Outsider, Folk and untrained artists that the House of Blues has dubbed Visual Blues." Currently, they have the largest collection of Outsider Art in the world. “Juke Joints” are a major inspiration for their style. A juke joint was an informal establishment featuring music, dancing, drinking, and gambling that was generally owned and operated by African Americans in the South. Many southern juke joints featured hand painted signs and decor, eclectic collections of art, and decor such as what one tends to find in a House of Blues.

Focusing on young people ages 12-22 in under-represented communities, Music Forward sets the stage for success by providing workshops and showcases to inspire the next generation of music industry leaders and innovators.

Art in Motion: An Evening With Kasumi 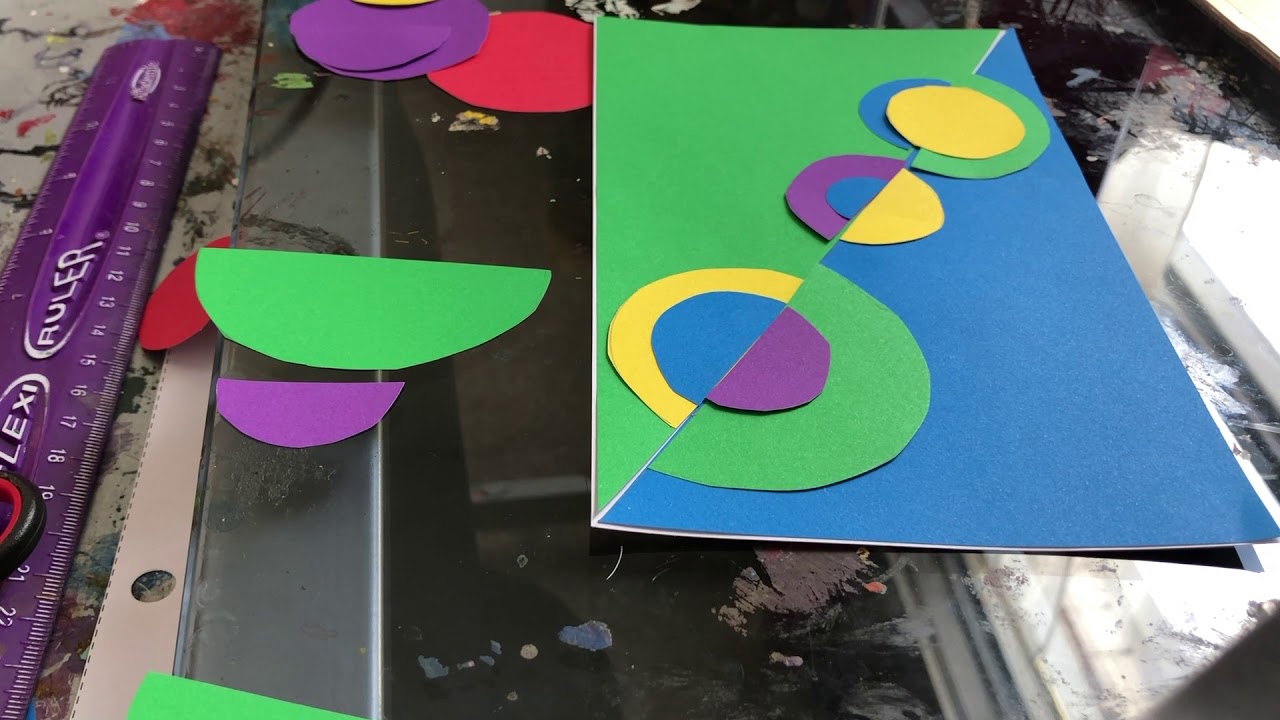 3 Tips for Achieving Your Goals During COVID-19

Life in Quarantine: What Has Helped Me